Pembrokeshire is known for a lot of things. It’s scenery, coastal walks, 93 beaches and coves, inviting woodland and endless coastline, dazzling tourism spots, and it’s also getting a good reputation for exceptional places to eat and amazing places to stay.

One thing you might not know about Pembrokeshire however, is that it has one of the best places in the U.K. to pick pumpkins. Yes, that’s right. The Halloween-centred squash used for soups and scary carvings. A few years ago I had the pleasure of taking my family to Brooksgrove Farm, on the very edge of Haverfordwest.

We pulled up to an unassuming but welcoming drive, on one side a farm house, the other an open gate to a field – green and brown, but littered with orange-coloured polka dots. A small hut and a friendly gentleman by the name of Gary Rees showed us the pricing plan

Now, I know what you’re thinking. Grab a few good looking squashes and be on our way but not on this occasion. Maybe it was the family time that I remember more, my daughter taking tentative steps on unfamiliar turf. Whatever the reasons that you, like me may romanticise this experience, it was indeed a good experience. We had a great time. We were surely there an hour and a half, mostly alone on a Saturday mid-afternoon in very early October. We had a great family day, picked 4 pumpkins for carving and paid a total of £6 for our large, medium and small pumpkins respectively.

I’ve never much been one for Halloween but pumpkin carving is one of those things you don’t need an excuse for in any October. However, I never thought about the fun in picking them. These days pumpkins are a sight more commonly seen than ever before. Halloween is a much more Americanised holiday but every year gets more and more of a grip into British culture. As a result, you are more likely to see pumpkins whilst doing your weekly shop than ever. However, there is no experience to be gained in those commercial places. 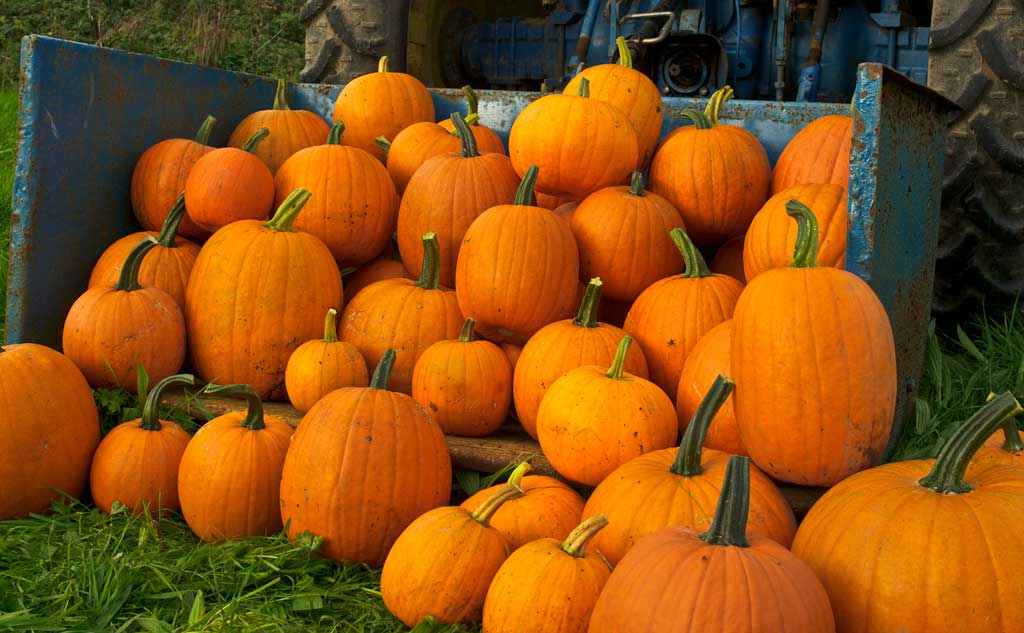 It’s not even a matter of cost. Pumpkins in one of the big 4 supermarkets are relativity the same price as those I found at Brooksgrove, and usually much smaller. However, the family time and enjoyment was a completely unexpected bonus that I would gladly pay triple for.

These days, Brooksgrove has built its reputation. Not only producing pumpkins, they have turned themselves into a premier destination for PYO (pick your own) fruit but October is the month that pumpkins are the flavour of the week; where orange is the new black. Expect them to be busier than ever but don’t let that put you off. They are still very much a ‘hidden gem’. In a county where there is more to experience than ever, this is one day that for me, never started as a family outing, but is in my house often more talked about than many planned family trip we have taken, either before or since.

A cautionary warning however, that each year this experience comes with a use-by date. Don’t waste your October days, half term will be here soon.

If you’re in Pembrokeshire this autumn, don’t overlook this amazing little patch of orange gold. It’ll make your Halloween. It may even make your day!

Discover how much you could earn from letting your property

Show me
Since 1833
About
Owners
Featured Holidays
Useful Links

Search for a property Call us